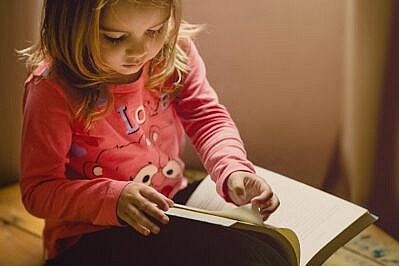 The political Italian landscape today consists of the majority of the Parliament working to affirm a “limited” vision of democracy. Minister Giancarlo Giorgetti freely talks of a semi-presidential Republic, with clear intent to attack the Constitution and its progressive stance. Report, a well-known and respected investigative TV show that has been airing since 1997, is blamed for its work and for having the courage, to tell the truth. One of the most prominent Italian journalists, Paolo Mieli, openly writes that we do not need elections.

Are these actions related in any way to language rights and the initiative promoted by a group of parents in Sardinia? We think that there is a connection.

On one hand, there are those supporting a “limited” vision of democracy, they say that democracy is a simulacrum, but that the real power resides elsewhere, not within the Parliament. According to them, to guarantee stability, it’d be ok to ‘limit’ the reach of democracy.

On the other hand, those with a large and inclusive vision of democracy, in which the “government of the people” is ever-present: in the workplace (democracy in the factories), as well as in the places where people acquire knowledge, inside the education system. And here is where language rights find a place.

Language is the most important intangible infrastructure in every society. It shapes and creates reality. Each language is unique, and as such, can only be translated to a certain degree.

In Italy, although protected by Article 6 of the Constitution, language rights are largely neglected and enforced only in a very few instances, and only because protected by international treaties. Apart from that, they do not exist.

The democracy we envision is rich, plurilingual and fearless. In Italy, democracy is weak, contradictory, fearful and, as such, it makes Italy a centralist and backward state. A little bit like France and, to a certain extent, like Spain.

Sardinian is a Romance language, consisting of dozens of thousands of lemmas. It is a language intrinsically connected to the place in which it was created. We believe that it is our parental and human right to raise our children in a free, democratic, multilingual world.

Studies everywhere show how languages described as ‘territorial’, that is, any language that is not nationally recognised by a state, are endangered. And if this is true in very combative realities like in Catalunya, in Sardinia the situation is grim.

The solution we suggest is that of immersive schools: using the local language for everyday activities and as an educational tool. In this model, the national language would be improved, indirectly, through exposure to the environment, on TV and other media.

This model, as impossible to apply as it might appear in Italy, is already a well functioning system in places like Corsica, Catalunya, Basque Country, Britanny, Wales, paisos catalanos, just to name a few. International studies confirm that pupils who attend immersive schools have the same knowledge of the state language as the children who do not.

In Sardinia, a small group of parents are getting organised. We want that our children have the right to learn and study Sardinian. For now, the experiment extends only to the immersive school within one kindergarten in Cagliari but we want to extend and expand it to more schools in Sardinia. But to break through the wall of mistrust and indifference, we need local and international support. For our children’s right to a future of freedom, in a multilingual world.