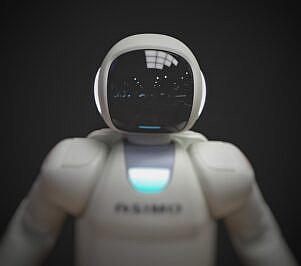 Digitalization, together with climate change, are probably the most important social changes of this century.

Digitalization is deeply changing our world, and local and regional governments, and all public services in general, are an important part of our societies, all over the world. Public services are important because of the workers they employ, and even because they “shape” the entire society.

On the one hand, digitalization can lead to privatization and impoverishment of public services,

within a framework very well described by Shoshana Zuboff in its seminal book “The Age of Surveillance Capitalism”.

On the other hand, technology development and digitalization can cause an enormous

improvement of the quality and quantity of public services. Let’s only think about what AI (Artificial intelligence) could do in every aspect of our daily life if only it was used for public purposes[1].

There’s a struggle going on. The winner will depend also on what we are able to do. We must win, for ourselves and for our children.

Data control, digital divide, digital colonialism, systems of facial recognition, the dangers well presented in the documentary “the social dilemma”, they all are topics that trade unions should deal with, because they concern all workers.

PSI, along with the European trade union of public services (EPSU), has started a “digitalization training”, part of a bigger 3 years project, called “Our Digital Future”, during which trade union leaders will be formed to deal with these new challenges. Hopefully, afterwards they will be able to disseminate all the acquired knowledge and the tools at their disposal to every level of their organizations.

Guides, training materials, action plans, examples of best practices, have been prepared and they are at our disposal. A taxonomy has been created, which is indeed quite useful. In fact, inside the word digitalization there is the smart working, the home working, the remote control, the stealing of billions of data that are used by big enterprises to “predict” our behaviors, the right of workers not to share their data, the useful usage of data in the care sector, and many other things.

Furthermore, in Europe we have GDPR (General Data Protection Regulation), that is Regulation 2016/679 “on the protection of natural persons with regard to the processing of personal data and on the free movement of such data”, which is today considered the best legislative instrument in the world at our disposal to defend ourselves and our data, even if it can be profoundly improved.

We should use in the best way we can the GDPR, and try to go even beyond it. We should govern the way algorithm is formed. It can appear an abstract idea, but this process has very practical effects, which change the life of workers and of citizens in general. For example, today there are AI systems, which are continuously fed by data, that sell the same item in the same moment at different prices, depending on the ZIP code of the person who ask for it.

I would go even further. It is not strictly a goal of a trade union, but like in the XX century, when we started considering a public good something that before was considered a private business (production and distribution of electricity, water), in the XXI century we should discuss about the municipalization or nationalization of big logistic infrastructures, both physical or digital, which are today private. If we don’t do that the formal democracy will be merely a stopgap of a substantial oligarchy.

Meanwhile, every single federation must play a role. As FP CGIL we tried, and at least we succeeded in regulating smart and home working in the last national collective bargaining agreement (CCNL) of the Ministries and National Public Administrations.

[1] If the Soviet Unionhad had had AI, machine learning and predictive algorithms for its planning activities, the world history would have been different? Let’s think how could be used for public purposes platforms like google or amazon. Cfr. Leigh Philips, Michal Rozworski, The People’s Republic of Walmart: Ho the World’s Biggest Corporations are laying down the Foundation for Socialism, Verso Books, 2019. 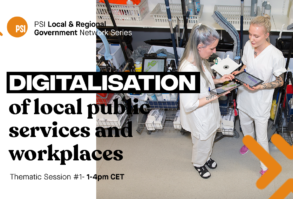 Digitalisation and public services. The role of trade unions – A brief speech 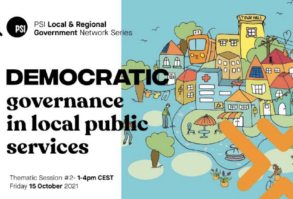 Remunicipalisation and participation – a brief speech